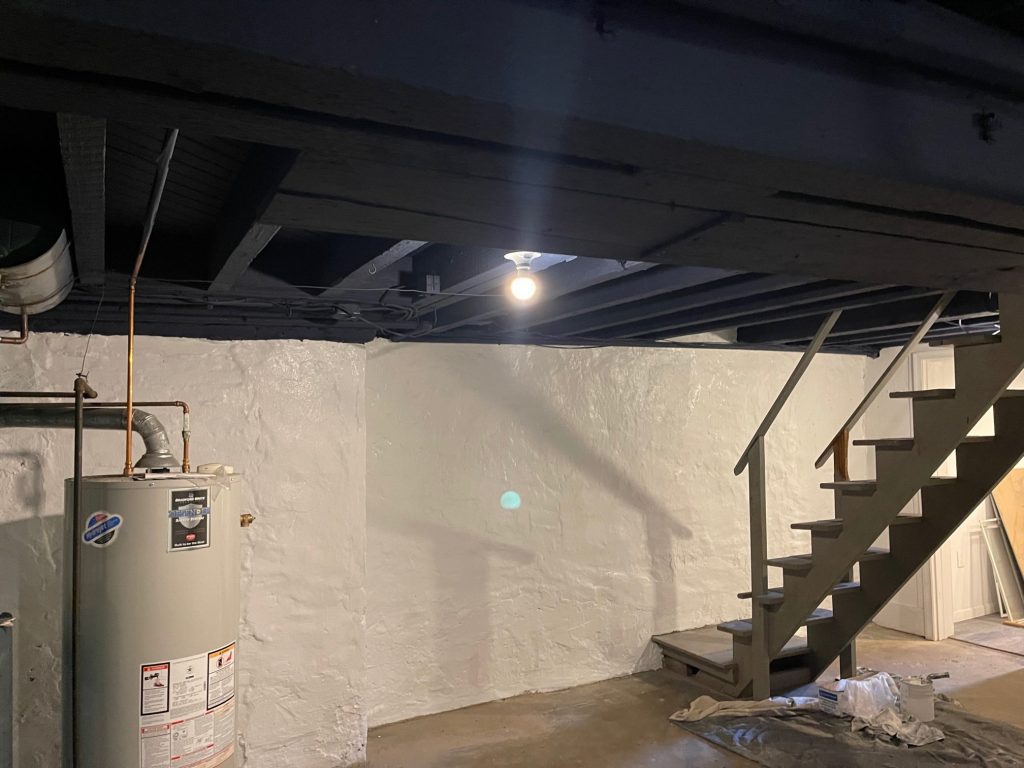 The basement seems like that one area of the house that we shy away from. Fixing it up often seems like too big of a chore, but eventually, there will come a day where it has to be done.

This partially finished basement had chipping, peeling gray beams, tons of exposed wires, and more. It was safe to say that this basement was well overdue to be upgraded. 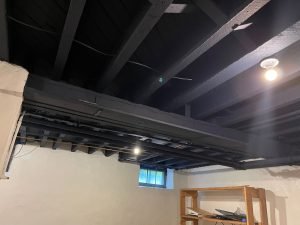 The homeowners thought so too and hired LaffCo. to transform the space into something usable that also had a cool edge to it. 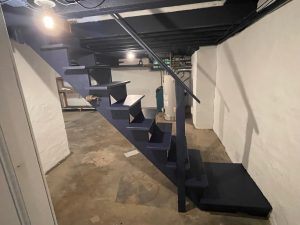 Our team used Naval by Sherwin-Williams on the rafters and steps. This gave it cool dark contrast but provided also provided a unique feel with the blue tones.

We decided to switch it up and used a bright Loxon White on the walls. The Loxon paint is used for concrete and masonry and worked perfectly for this surface.

Thanks to LaffCo., these homeowners could give this partially finished basement a fresh start.