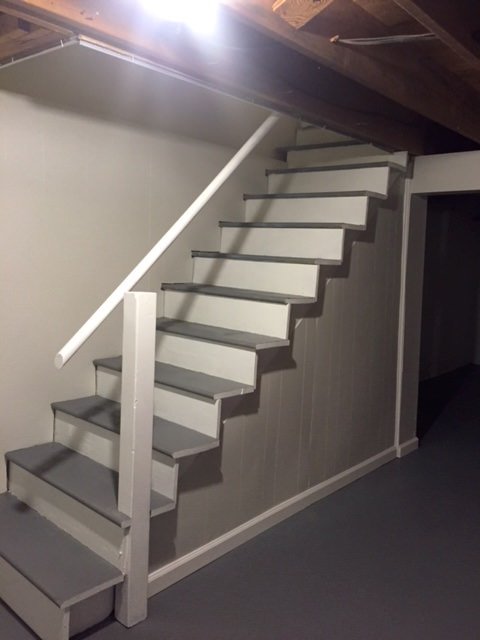 22 JanA Perfect Play Space At A Perfect Price In Warminster 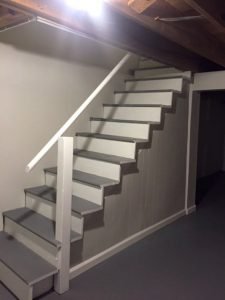 Every kid dreams of a secret basement hideaway to sneak away to, chock full of toys, games, and plenty of space for friends.

Every parent knows that a space like that doesn’t come cheap!

Well parents, you’re in luck. LaffCo. Painting has the expertise required to transform your unfinished basement in to a phenomenal play space, at a price you can afford.

These Warminster parents wanted an additional place for their kids to play, but didn’t want to spend $20,000 on a new basement.

They called LaffCo. Painting for help, and we were happy to oblige!

We added drywall, built some walls, and installed a couple of doors to create storage space for toys. We also removed the drop ceiling, which created plenty of headroom to accommodate kids jumping around in their new play area. Finally, we added a bit of molding to finish the look.

Like so many customers, the parents let us pick the colors!

We chose Silver Drop by Behr for the cinder block walls and new drywall. For the trim and stair fronts, we used Extra White Satin by Sherwin Williams. The floor and stair tops was given a coat of Slate Gray Epoxy by Behr.

Finally, this Warminster basement is the perfect place for kids to play with their toys…and hopefully give their parents a moment to themselves!

Click here for a free quote on interior painting from LaffCo. Painting.